Call this the silver lining project. It started with a leaky shower last fall in the Shoreview home that Larry and Cindy had built 26 years ago. Rather than simply repair the plumbing, they decided to seize the moment and update the entire master bath to enhance the home’s resale appeal and their own enjoyment of the space. 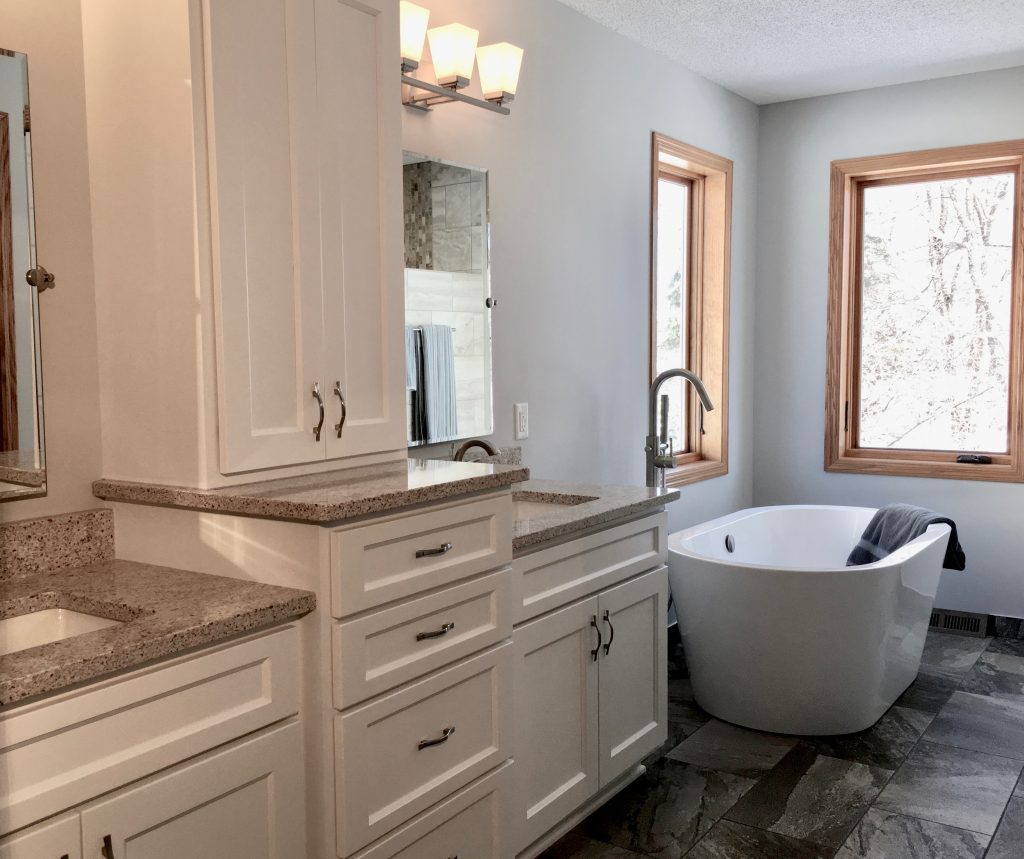 Tomco started by tearing out the dated, corner-mounted jetted tub that Cindy guessed hadn’t been used in 10 years. They replaced it with a sleek freestanding soaker tub and tall Roman tubfiller. That made room for a larger shower with a stylish teak bench. Then they increased storage with efficient twin vanities and tall center cabinet. They chose quartz for the countertops and ceramic tile for the floor and the shower.

While frameless glass shower enclosures are popular because they show off fancy tile and make a bathroom look bigger, Cindy had other ideas. She didn’t want to have to squeegee clear glass to prevent water spots after each shower, so she had Tomco enclose the shower in partial walls that are tiled inside and out. By offsetting the showerhead, they didn’t even need a glass shower door.

Cindy said they worked with Tomco to control costs because they expect to sell the home in the next two to five years. The freestanding tub was their showpiece splurge. She said the tub, itself, was reasonably priced, but the floor-mounted tub filler with personal hand shower was a different matter. “By the time we included all the plumbing parts to install it, it cost more than the tub,” Cindy recalled. 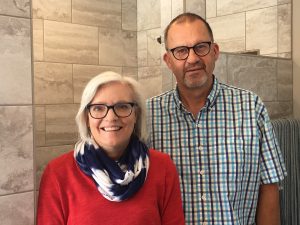 Larry and Cindy said Tomco’s performance was far superior to that of contractors they had used in the past.“There is no comparison to how great they were. I’m ready to buy an old house and have Tom redo it,” Cindy said.

“Everyone who came to the house was courteous. They did their job. And they cleaned up. They were so professional and yet so friendly. They had all the contractors come so we actually got to meet all the people who would be working on the project. That never happened before,” she said. “Dave (Stenson) was the key. We just felt we could work with him very well. We just had a connection with him, she said.