Most remodeling projects look great the day they are finished. But Tomco projects maintain their appeal – and value – for many years. This two-story Lino Lakes, MN addition is a good example. 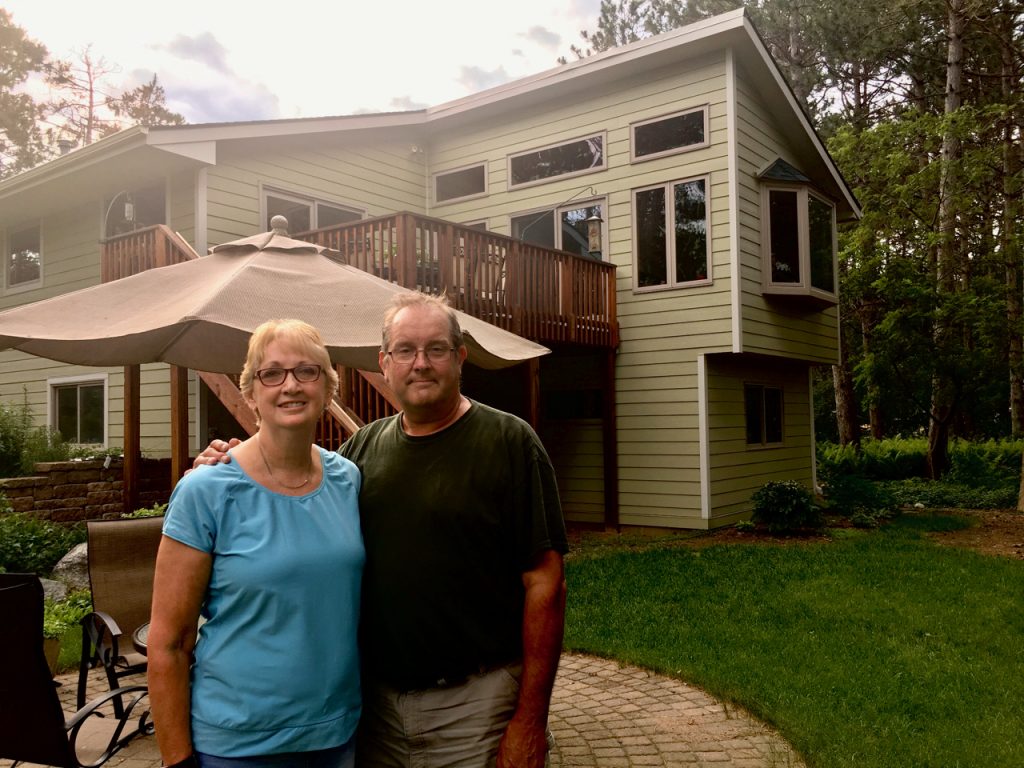 Tom Schiebout designed and built the addition in 2012 and his trade partners returned last year to reside the entire house and upgrade the main entry. However, the most important construction details may be what goes unseen.

During excavation, the Tomco team discovered one corner of the  home’s original foundation was only 2-feet deep, well under required frost depth. They addressed it when they built the foundation for the addition. Tom also specified a specially insulated and ventilated single-plane roof system to ensure the roof deck would not rot and the ceiling would remain cool.

Tom designed the addition with a tall window wall that overlooks the deck and extraordinary landscape below. The couple’s love of plants is evident indoors and out.

This project was a true team effort. The homeowners installed the stone floor in the second-story room and installed the trim in the lower level. Meanwhile, Tom accommodated their request to reuse an existing bay window in the new exterior wall after it was removed to make way for the French doors and sidelites.

Tom prefers to complete every aspect of his remodeling projects using his own, trusted crews because that ensures jobsite safety, professional quality and reliable scheduling. However, he does make exceptions for clients like the Millers. “Some do-it-yourselfers are quite capable and they want to do some demo before we start or painting after we complete construction so they can afford to splurge on some other aspect of the job. But I wouldn’t necessarily want to put my name on a project if a couple planned to buy their first miter box and install their own trim,” he said.

Learn more about the remodeling in the homeowners’ own words with this video.

Landscaping by Doug and Sue