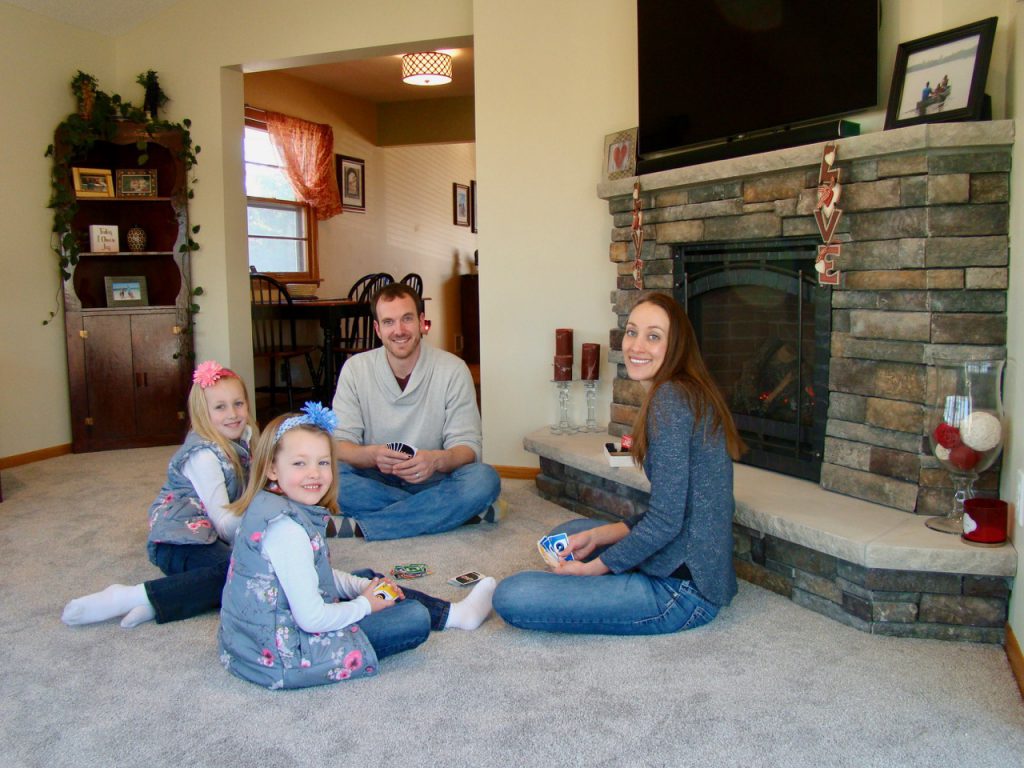 Recommended against raising the roof

First, they asked us to bid on raising the roof and adding a full second level. I talked them out of it because I felt they could not have recouped much of the sizeable investment at resale.

Although the home featured an attached two-car garage, vehicles needed to park one behind the other, and there was no room to add a bay to the side. We cautioned that this drawback would offset the appeal of the second level living space. It cost us the job at the time, but it was the right advice.

Consider the kitchen before the porch

Last year, the Whites invited us back to discuss updating and winterizing their large three-season porch for year-round enjoyment. They had moved family room furniture out into the space for the summer to experience how it would work. After that, they couldn’t imagine forfeiting the bonus space over the winter.

We again encouraged the couple to look ahead. The kitchen was old and access to the old porch was awkward. I asked if they expected to remodel the kitchen someday. If so, I suggested they consider the future kitchen floor plan now and redesign the porch access accordingly.

Although the kitchen remodeling was not in the White’s immediate remodeling budget, they hired Tomco to develop three alternative kitchen/porch floor plans in both bird’s eye drawings and 3-dimensional color renderings. Only after they selected the design with the best traffic flow, did we set out to update the porch. Someday, we hope to return to remodel the kitchen. But for now, the Whites love their new porch with its efficient gas fireplace, energy efficient windows and vaulted ceiling. 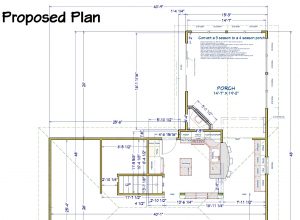 We share this story to illustrate the importance of being firmly grounded with an eye on the distant horizon when considering home remodeling projects.

The Whites paid for the kitchen plans with full knowledge that they probably would not be built until later. But they avoided two costly scenarios – a major addition that would have been over improvement and a porch upgrade that could have limited future kitchen remodeling plans.

In Brian’s own words

The old porch had old style, uninsulated windows. Six months of the year it was too cold to use. We didn’t have kids when we bought the house. With two kids now, space was at a premium.

We moved the living room furniture out there on a whim last spring. We couldn’t imagine losing the space when it got cold again so we had Tomco come out to give us a quote to upgrade the windows and add insulation and an efficient gas fireplace.

Actually, we had spoken to Tom a year earlier when he was doing some work in the neighborhood. We were thinking about doing a second floor addition at the time. Tom talked us out of it. He said it would be an overimprovement. The additional living space would not overcome the fact that the attached two-car garage on our small lot required one vehicle to be parked behind the other, so we would never get our money back when we sold.

When we had Tom out for the porch, he again got us to think down the road. The existing access from the kitchen to the porch was odd. Tom asked if we expected to remodel the kitchen at some point. When we said yes, he urged us to consider traffic flow to the porch now based on how we would lay out the new kitchen someday.

Tom created three kitchen/porch floor plans with both bird’s eye and 3-D views. We picked the one we like best and positioned the new three-panel patio door, fireplace and wiring to work with the new kitchen someday. That was a really good call.

We understood it would take time to do the various renderings and we were happy to pay for the design even though we all knew the kitchen remodel would stretch beyond our immediate budget. The 3D views really helped us visualize what it would look like and make the best decision for the porch access.

We got few bids. Tomco’s quote wasn’t the cheapest, but it was the most detailed and the allowances seemed most realistic. The other guys probably would have run over budget and ended up charging us just as much or more. We definitely felt Tom was up front. The 3-D modeling was the big plus. The other contractors just offered floor plan sketches.

As executed, the design looks really nice. It looks custom. Quality. Not like the cookie cutter designs in the new developments. My wife’s dad builds custom log homes up north, so we set the bar a bit higher than most, and we couldn’t be happier with how it turned out. – Brian White